Alright, so let me tell you about this delish cookie recipe that is totally jam-packed with goodies! Have you ever heard of the dessert called Magic Bars? For the few of you poor souls who have sadly not experienced this wonderful dessert, let me explain: It is a 7 layer bar that is layers of graham cracker crust, coconut, butterscotch, caramel, pecans (or other nuts), chocolate chips, and sweetened condensed milk. Two words: FOOD. COMA

This cookie recipe has some slight modifications but tastes just like the bar…or dare I say…even better! I adapted this recipe from the wonderful Sally’s Baking Addiction’s “Magic 5 Cookies” (original link at bottom of post). Her cookies call for molasses but I decided to not add it in and then her’s called for butterscotch chips but I changed it to toffee bits.

You really could call this cookie a kitchen sink cookie because you can add any combinations of mix-ins you want and it’ll still be delicious! Maybe that’s why they call them “magic” cookies because no matter what you add in they still somehow “magically” taste great!

⇑⇑ seriously, you should check out her blog it is one of my absolute favorites!! ⇑⇑

So I know I haven’t posted anything in awhile but I’m back now and I am so excited to share this recipe with y’all! Just to preface everything, this actually isn’t my recipe, this is King Arthur Flour’s recipe (original here: http://www.kingarthurflour.com/recipes/mocha-madness-ice-cream-recipe) .

Okay, okay, that may be a bit dramatic but really it’s not because this ice cream is that good. I made this about a week ago because I was really craving ice cream, specifically coffee flavored ice cream (that’s a normal craving right? Right.) So I decided to try to find a recipe for coffee ice cream and I stumbled across King Arthur Flour’s Mocha Madness recipe and it had a bunch of good reviews so I gave it a go and made it. Let me tell you…this might just be the best ice cream I have ever had and trust me I’ve had plenty upon plenty of ice cream in my day. The great thing about this recipe is it’s so simple and only requires a couple of ingredients which you most likely have in your house already. The ice cream has cocoa and espresso powder and also calls for chopped up Oreos which just enhances the ice cream even more but I’m sure it would be just as good without them. I used mini Oreos instead of full size because they were cheaper and I mean who can turn down mini Oreos?? Next time I make it I might try adding chopped pieces of dark chocolate, toffee bits, or some other chocolate candy. Enjoy this ice cream and try to restrain yourself from eating the entire thing in one sitting. Or eat the entire thing. I won’t judge. It’s worth it.

-Whisk together the milk, sugar, espresso powder, and cocoa till the sugar has dissolved
-Stir in the heavy cream and vanilla.
-Freeze in ice cream maker according to manufacturer’s directions
-Stir cookie bits into soft ice cream about 2 minutes before ice cream is done churning.
-Place in the freezer for 2 to 3 hours, until ice cream is as hard as you like it. **At 3 hours it was still soft serve consistency so I froze it for about a total of 4-5 hours**

-Yields 6-8 full servings but if you’re like me it actually yields approximately 1 serving eaten in 5 minutes ;))

Summer is finally here and that means three things: swimming, sun, and ice cream! I love ice cream…like really love ice cream. I’m one of those people that eats ice cream year round, I’ll eat ice cream in 40 degree weather and I’ll eat ice cream in 140 degree whether, (okay that may be a bit of an exaggeration, but honestly you guys, it sometimes feels like 140 degrees here in Texas during the summer). Okay, now back to this ice cream! This peach ice cream is so delicious! It’s absolutely creamy, peachy, and refreshing with tart yet sweet chunks of peaches sprinkled throughout. I mean how much more summer-y can it get?! I made the ice cream with fresh peaches since they’re in season right now and I really wouldn’t do it any other way. The deal with frozen peaches is, when you’re making this ice cream you have to make a homemade peach syrup so if you use frozen peaches you won’t get all the juice that you would normally get with fresh peaches so I would say fresh is better! Also a little added bonus is 1/2 teaspoon of Mexican vanilla that gives it a little boost of flavor! I hope you enjoy summer in a bowl aka this ice cream!

One thing you may not know about me is that banana pudding is my favorite dessert! I’ve grown up in the south specifically Texas, where BBQ, burgers, and banana pudding are the 3 main food groups. With that said, I don’t think I’ve ever met a banana pudding I didn’t like….more like devour, so coming up with a recipe like this was inevitable. I came up with this pie recipe on a Saturday afternoon when I had a really random craving for banana pudding but I wanted to change it up and not make the traditional dessert. And then it hit me….banana pudding….but in pie form! This pie has everything including a vanilla wafer crust (yes, you read that right), layers of bananas, pudding, and cool whip. I mean how more banana pudding-y can it get?! After testing this pie out, I am proud to say it is amazingly, scrumptiously delicious and I totally didn’t eat like 5 slices in one sitting;) Enjoy this pie, my fellow banana pudding connoisseurs!

2. to prepare the crust, grind up vanilla wafers in a food processor or ziploc bag into fine crumbs

3. In a large bowl mix wafer crumbs with melted butter, sugar, and salt

4. Lightly spray a pie pan with non-stick spray and press in crust mixture to pan and bake for 10 minutes, then let cool

6. for the assembly, Layer one layer of thinly sliced bananas on bottom of pie dish, add  a layer of pudding

7. Repeat once more with bananas and pudding

8. Top with a thin layer of cool whip and garnish with extra 22 wafers and banana slices **(I arranged it like in the picture)

9. Let pie set in the refrigerator for at least 3 hours and then dig in!

So, I got this recipe from a friend, Brooke, about a year ago and I can honestly say I have not made any other sugar cookies since. There is a store in my hometown that sells the most delicious decorated sugar cookies and this recipe tastes JUST like them! I was so excited after I made these for the first time because after searching for years, I had finally found a sugar cookie that tastes just like the ones I love plus I can make them at home, anytime I want to. I’m guessing you want to know what sets these cookies apart from any other basic sugar cookie…well… the secret is…almond extract! The almond is what makes this cookie absolutely irresistible! (I’m sorry friends with nut allergies, you can skip the almond and just go with the vanilla extract and I’m sure it will still be delicious.) I usually like the cookies just plain but I have also included an icing recipe that my friend gave me along with the cookies. I hope you enjoy the cookies as much as I do!

2. Combine butter and sugar until creamy

4. Slowly add in the mixed dry ingredients of flour and baking powder

5. Once that is all combined, lay dough out on a hard surface and then roll it up in Saran wrap and form into a log and put the dough in the refrigerator for 30 min-1 hour

6. After dough has chilled, cut into 1/4 inch rounds and then bake for 10-12 minutes just until the cookies are cooked through

7. Let cool and enjoy (see icing directions if you prefer icing on them)

Okay, so this cake is honestly the BEST chocolate cake I have ever had. And that is saying quite a lot. One of the best parts about this dessert is that the cake itself is so easy; it’s just a “doctored-up” box cake mix with no oil in it. Yes, you read right, this cake is practically guilt-free! This cake recipe is adapted from The Frugal Girls.com and it is oh so moist and chocolatey too. But the real star of the show is this buttercream. The buttercream is adapted from Barefoot Contessa’s Chocolate Buttercream recipe which is to die for because it not only has cocoa powder in it, it has espresso powder for an even deeper and decadent chocolate flavor. Enough of my blabbering and let me give you this darn good recipe…..

***Emily’s tip: To spread the butter cream on the cakes, get one round of cake and slap on a few good dollops of buttercream and spread that out evenly on the first layer, then carefully stack your second layer of cake on top and then cover the cake with the rest of the deliciously decadent buttercream

—ADAPTED FROM “THE BAREFOOT CONTESSA”–

I absolutely adore this recipe. My mom made these cinnamon rolls almost every Saturday morning for my sisters and I growing up and she still makes them now! I can remember the best feeling when my mom would ask me to make the cinnamon rolls on Saturday. When I would make them, I would just kind of guess the measurements because I could eyeball it from watching my mom do it all those years. Now, I figured out the exact measurements so you all can enjoy these as much as I do. These cinnamon rolls could not be easier and they’re the perfect bite size breakfast! Here’s the recipe: 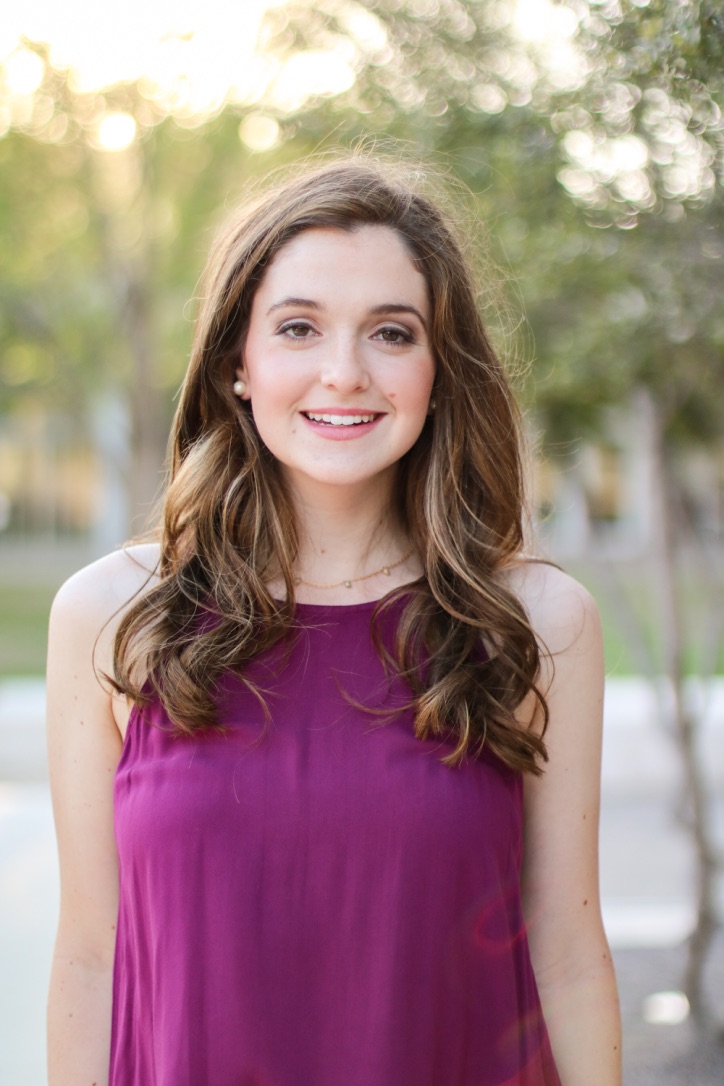